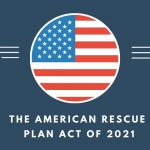 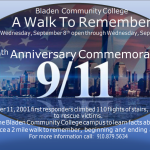 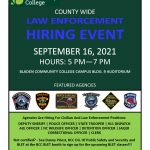 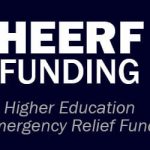 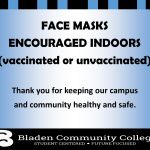 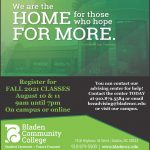 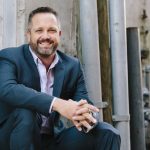 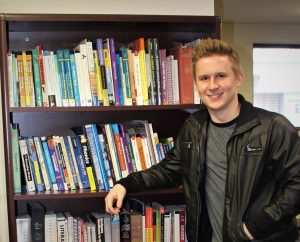 As the spring semester has ended, it is customary for students from North Carolina’s 58 community colleges to be nominated and receive awards for educational excellence. At Bladen Community College, we recognize these students at our Student Awards Ceremony which unfortunately was cancelled due to the COVID-19 pandemic.

One of those awards traditionally announced at this time of year is the Academic Excellence Award.   Billy Pait, III of Bladenboro has been selected for the Academic Excellence Award for 2020.  Selection requirements are consistent with Phi Theta Kappa Honor Society criteria as follows students must be currently enrolled, have completed at least 12 semester hours in an associate degree program, and have a cumulative grade point average of no less than 3.25.  In addition to being recognized by the local community college, the AEA winners at each college receive a plaque and medallion in honor of their academic accomplishments.

Billy gave remarks at a recent Bladen Community College trustees meeting.  He expressed to the trustees that he was honored as his family has strong ties to Bladen Community College and added “My journey started when in my senior year of high school, I decided to dual-enroll at Bladen Community College (BCC). Up until then, I had been homeschooled. I know it was one of the best choices that I have ever made. On my first day of class, I was very nervous about the whole idea of being in a college course. However, not long afterwards, I came to enjoy my college experience. Because of the relatively small classes, I was able to converse with my instructors, for which I am extremely thankful! They always showed an investment not only in my education, but in me as well and inspired me to work hard and strive to do better than I thought possible. I am humbled to say that I have a 4.0 GPA and am a member of Sigma Kappa Delta and Phi Theta Kappa. I plan to graduate from BCC with two associate degrees in fall 2020 then pursue a degree in engineering. Thank you BCC for helping prepare me for this journey. I am proud to be a BCC graduate.”

Another award bestowed this time of year is the Robert W. Scott Student Leadership Award. Charles David Gooden, a law enforcement studies student at Bladen Community College is BCC’s 2020 nominee for the Governor Robert W. Scott Student Leadership Award. The award, sponsored by the North Carolina Association of Community College Presidents, was created in 2004 to recognize student leadership on a statewide level while also honoring Scott, one of the earliest supporters of the NC Community College System and its president from 1983 until 1994. Each state award recipient receives a plaque and a $1,000 scholarship from the NC Community Colleges Foundation. The individual community colleges recognized their own students in different ways in the spring. Charles David completed his associate degree in Criminal Justice and certificate in Basic Law Enforcement Training (BLET) this spring and is the son of one of our own, David Gooden of Tar Heel.

The following was taken from the required essay that was submitted with his state nomination. “My leadership style is simple, always treat others the way you wish to be treated. The difference in a leader and a boss is the fact that a leader is supposed to lead. Instead of giving orders, lead by example and, most importantly, get your hands dirty as well. If you do the hard jobs alongside those you lead, you will gain their respect, and that is the most valuable thing you can ever earn as a leader.”

His nominator, Crystal Dowd, BCC Counselor, added her rationale for his award nomination. “Charles is a Bladen Community College Student Ambassador. He is also an active member in Phi Theta Kappa and Sigma Kappa Delta. Charles is an exceptional student with a grade point average of 3.7. As a student and leader, he consistently exceeds expectations and holds himself to very high standards. I am Charles’s Ambassador Advisor, he constantly stops by my office and asks how he can better serve the students at Bladen Community College. He is the first to arrive and the last to leave meetings and events. Charles has represented the college with. pride, professionalism and commitment. He works hard to achieve his goals, has a strong work ethic, and a positive attitude. I would describe him as a true team player.”

Some community members may recall that back in 2017, Charles was recognized for being a hometown hero. He saved a young pregnant woman and her two year old daughter from being carjacked. BCC was proud to have him as a student then and we expect great things as he graduates with his law enforcement credentials. 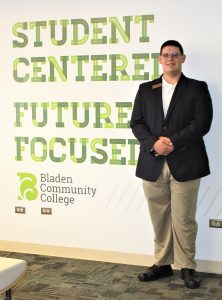 Lastly, Tonyese Galloway, a nursing graduate at Bladen Community College, is the 2020 nominee for the Dr. Dallas Herring Achievement Award. The award was established in 2010 by the NCACCP to honor the late Dr. Dallas Herring, considered one of the founding fathers of community colleges in North Carolina.  The award is presented annually to a current or former student who best embodies Herring’s philosophy of “taking people where they are and carrying them as far as they can go.” The state recipient receives a plaque and a $1,000 scholarship from the NC Community Colleges Foundation.

Ms. Galloway was one of our first BCC students to receive a Finish Line Grant as she worked to complete her certificate in practical nursing. Ms. Galloway found herself getting further and further behind financially, struggling to handle mounting living and educational expenses.  Ms. Galloway successfully completed her course work and received her practical nursing degree last summer.

When Governor Cooper’s wife, Kristin Cooper, visited our campus last spring, she was able to meet Ms. Galloway and hear firsthand her success story.  Ms. Galloway took the opportunity to express her appreciation to the First Lady and give testimony to the difference it made in her achieving her goal and finishing her degree.

In telling her story, Ms. Galloway recalled her challenges and help that she received from her nursing instructors.   “I enrolled in Bladen Community College after being at a local university and feeling like I was just another number in the system. I knew that nursing was a profession that I could not afford to have subpar skills in. I needed a dedicated, one-on-one educational environment. After Hurricane Florence, I felt so devastated and lost. I prayed, cried, and asked myself how I could finish the program when I didn’t even have a bed to sleep in. The answer came when I was approached with a questionnaire when classes resumed after the storm. It asked if students where effected by the hurricane and for a spilt second I hesitated to be truthful because I was embarrassed that I had yet another problem. BCC showed me continuously that I wasn’t just another student and that I was an important part of their mission to “change lives and create opportunities for all students”. With the support of BCC faculty and staff, I earned my Practical Nursing diploma with a 3.0 GPA despite everything I experienced. I am currently enrolled in the LPN to ADN bridge program at BCC. My story could have been much different if I had not decided to persevere with the unstoppable encouragement and support at BCC.” 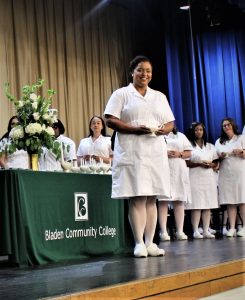