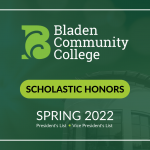 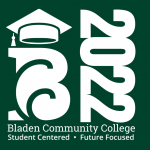 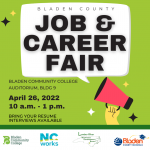 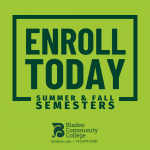 Register Today for Summer and Fall 2022!

On the evening of Friday, May 13th, Bladen Community College will honor the Class of 2022 ... Read More 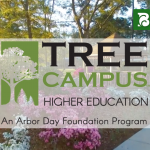 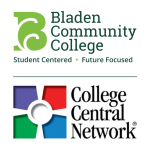 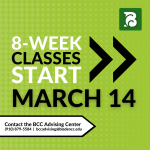 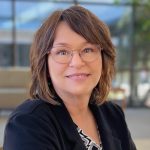 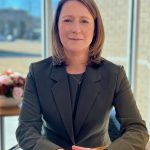 BCC President Appointed to myFutureNC Advisory Board of Commissioners

Dr. Amanda Lee will join 30 new members that were recently appointed to the Advisory ... Read More 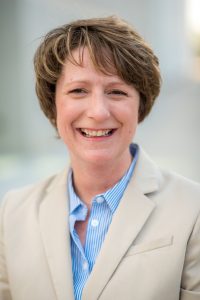 The Bladen Community College Board of Trustees is pleased to announce that Dr. Amanda K. Lee has been selected as the new college president. Dr. Lee was unanimously chosen by the Board of Trustees from a pool of four finalists who were interviewed earlier this fall. “Dr. Lee brings a vast amount of experience, not only in the classroom, but as an administrator within the community college system. She has done an outstanding job engaging the community and growing the relationships necessary to make a community college thrive. We, as a family at Bladen Community College, are excited and confident that Dr. Lee will grow the college with continued success. We welcome Dr. Lee’s leadership as we enter the next era of BCC’s history,” said Dennis Troy, chair of BCC’s Board of Trustees. Most recently the Chief of Staff and Vice President of Academic Affairs at Union College in Barbourville, Kentucky, Dr. Lee previously served as President of Cape Fear Community College in Wilmington, NC.

Dr. Lee worked at Cape Fear Community College (CCFC) for over a decade, starting her tenure at CFCC in 2003 as an instructor before moving into administration. During her time as CFCC president, Lee guided a growing college which had more than 23,000 students annually. That work included the opening of CFCC’s new Advanced & Emerging Technologies building and other new facilities at the college’s North Campus. During her time, the school also received its largest capital donation ever and opened the vocational technical high school SEA-Tech High School. Before her role as CFCC president, Dr. Lee was primarily responsible for the planning and over sight of the college’s academic divisions, including arts and sciences, technical and vocational education, continuing education and two learning resources centers. In addition, Dr. Lee was an instructor at CFCC, having previously taught courses at Nash Community College, Texas A&M University, University of North Carolina Wilmington and Baylor University in Texas.